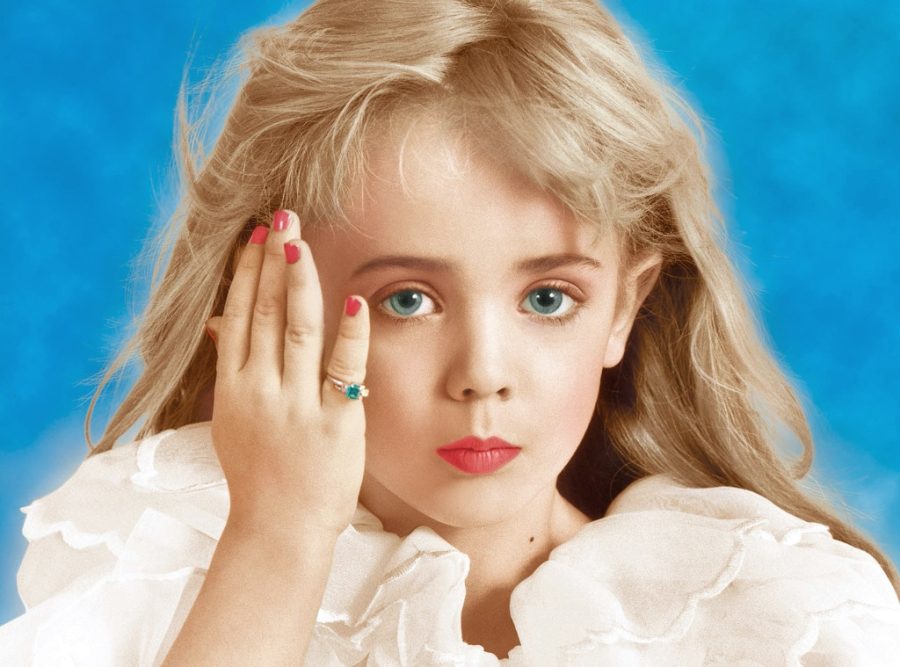 Before I get into anything, this will be a brief overview of the case. But this will be a part of a series that will cover the case in depth. On December 26, 1996, John and Patsy Ramsey awoke to their six year old daughter, JonBenet missing. The picture perfect family lived in Boulder, Colorado. The Ramsey’s were well known for their wealth and status.

JonBenet Ramsey was a six year old beauty queen. She participated in pageants similar to her mother Patsy Ramsey. JonBenet’s many trophies were a reflection of her mothers desires.  The Ramsey’s had two kids: JonBenet and Burke. At the time of the murder, Burke was 9 years old. He’s often described as quiet and introverted. Burke became the main suspect in his sisters murder but no action was taken.

Early in the morning, Patsy walked downstairs to make coffee when she discovered the ransom note laid out on the stairs. The note informed Patsy that their daughter JonBenet had been kidnapped and was safe at the moment.  But, they were demanding $118,000 in cash. Odd number right? What’s even more interesting is Jon Ramsey was getting a bonus that year of exactly $118,000. Police arrived at the house at 5:55am. It wasn’t until 1pm where JonBenets deceased body was discovered in the basement of the Ramsey’s home.

John Ramsey found his daughter in their wine cellar on the floor. Her body was wrapped in a white blanket. But underneath, there were ropes tying her hands above her head and a garrote device sealed around her neck. The initial autopsy revealed the cause of death was strangulation. But after further investigation, it was found that a blow to the head which fractured her skull was the cause of death.

Almost immediately, the Ramsey family was put under a microscope. Media outlets flooded their homes and speculation began. The mystery of who killed JonBenet has been a question in the minds of the world for 26 years. No one has been convicted for the murder to this day.

Although the Ramseys publicly denied that they killed their own daughter, there was a sufficient amount of evidence that went against that statement. However, this is the brief overview of the case. So stay tuned until the next article in which we discuss whether or not the family did it. Who do you think did it?