A Rundown on the Build Back Better Deal 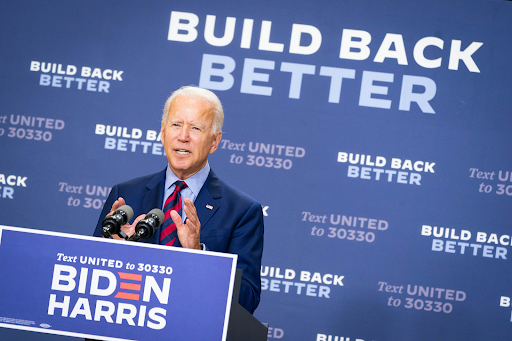 On the Friday morning of November 19. 2021, a $1.75 trillion dollar bill focused on social policy and climate change, that was passed by the House of Representatives. This bill pans out 10 years of spending, and comes just one week after another $1 trillion dollar infrastructure bill passed the house bipartisanly. However, this most recent bill was not bipartisan at all. In fact, it passed the house with a 220-213 vote, with Democrats voting in favor of it.

The partisan nature of this bill may come in part because of the name; the “Build Back Better Act”. Many may recall that Build Back Better was Biden’s campaign slogan during the 2020 election. During a time when party lines run so sharp, a bill with that name is inevitably going to produce a split vote. Democrats came into it by advertising the package; Republicans on the other hand, did their best to delay the bill from being voted on. Most notably, Minority Leader Kevin McCarthy (R-CA) made an 8 hour, 42 minute long speech, during which he mentioned everything from immigration policies to Tesla.

The news about a bill as extensive as this being severely partisan is not surprising. However, it’s very important to know what’s actually included in the bill before choosing sides. Here are the six provisions taking up the majority of the bill:

$555 billion to fight climate change. This money is going towards keeping Biden’s promise of cutting emission in half by 2030. This bill is aiming to do that by lowering the costs of solar panels and electric vehicles, as well as creating a financial incentive for companies to make greener choices. This is also projected to create over 300,000 clean energy jobs.
$400 billion for universal pre-k. This spending plan has been dubbed the “largest expansion in education programs since the creation of public high school”. Universal pre-k includes children ages 3-4, and guarantees that families who earn under $300k a year will not pay over 7% of their income for childcare. This is a huge change from the average of any given family currently paying over $1,000 per month for childcare in the U.S.
$200 billion for child tax credits. This would give families who received the pandemic-era child tax credit ($300/month for every child until age 17) an extension on that, keeping the paychecks coming after the current deal expires into the new year.
$200 billion for 4-weeks paid leave. If this part of the bill is passed, all new parents in the U.S. will be guaranteed 4 weeks of paid leave. The U.S. follows other developed countries who currently have up to 16 weeks in this department. Federal workers currently get 12 weeks paid leave, but only about 16% of people working in the private sector qualify for any at all.
$315 billion on healthcare spending. This is geared towards lowering premiums and expanding medicare. The goal of this bill is to lower prices enough to get people who are currently uninsured to get covered. Because of this bill, out of pocket costs for insulin could be capped at $35 per month; in comparison to up to $1,000 per month currently. $150 billion dollars of this would also go into affordable housing and home care.

These provisions were all approved by the House as they were written. However, the bill is now heading to the Senate, where changes could be made to what exactly is included in the deal. If this happens, the bill will be sent back to the House for reconsideration, and the process will start all over again. However, the Senate has made a goal to vote on the bill before Christmas, signaling that it’s unlikely they will make changes.

For a bill to pass the Senate, it usually has to earn a two-thirds majority. However, this bill may be able to pass with a simple majority, due to the fact that it is considered a reconciliation bill. Reconciliation bills are bills that change policies on spending and budget. If they are able to keep it within the lines of reconciliation, they will only need 51 votes to pass the bill. This is very important to Democrats because the bill is so partisan.

In fact, the Democratic party seems to be split even within itself when it comes to some of the issues in this bill. Moderates, notably Senator Joe Manchin (D-W. Va), do not approve of the plan for paid family leave. Farther to the left, liberals find the tax plan too generous towards the wealthy. Leaders within the party are currently most worried about how Senator Manchin will vote. Not only is he opposed to paid family leave, but he also claims the package will worsen current inflation. Because of this, his vote is considered a swing vote.

However, claims of this bill influencing inflation have been unfounded several times already. A letter written by 17 Nobel laureates even said that the Build Back Better bill would “ease longer-term inflationary pressures” by investing in economic capacity. Democrats have also attempted to rebrand the bill in a way that counters inflation claims by siting how it will lower the cost of prescription drugs, raising a family, etc.

Although it is unclear whether this argument has changed, it should be noted that this is a 10-year spending plan, so the money will not simply fall out of the pocket of the U.S. all at once. Additionally, democrats claim the package will be paid for by tax increases on high earners and corporations. According to the Congressional Budget Office, this will only raise $1.5 trillion over the next 10 years.

Siting concerns of long-term cost, officials who are opposing the bill are not completely unfounded. It is true that this is expected to increase federal budget deficit over the next 10 years. Arguments that the climate policies in the bill will worsen already steep fossil fuel prices are also not baseless. However, from the point of view of a young person, fossil fuel prices will also increase when we start to run out of them- which is proven to not be far off. As something that takes such a huge effort to transition, clean energy is something that needs to be addressed at some point, and it’s not going to get easier if we ignore it.

Overall, this bill will be a huge step for the Biden administration if it is passed. Although Congress is still split into two distinct sides, much like the country, the bill is going to be voted on by the Senate before Christmas time, and it is projected that it will pass- by 51 votes and not one extra. When it comes down to the days following the vote, the holiday season will be upon the nation, which may just bring some sense of unity.