Childhood Trauma and the Brain 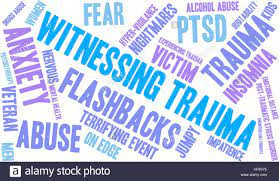 60% of all adults have experienced some type of trauma in their childhood, and only some of those adults have reached out for help. As harsh as those numbers can be, they’re all real. Trauma is very hard to deal with, or even recognize it.

Childhood trauma is defined as a traumatic event during childhood. Such traumatic events can include loss of a loved one, abuse of all varieties, natural and unnatural events, substance abuse along with many others. Childhood trauma and PTSD (Post Traumatic Stress Disorder) are commonly hand-in-hand, also associated with other mental disorders.

Childhood trauma, especially events that are repetitive, can cause the children to not vocally express issues about what was making them uncomfortable. Stated in The National Child Traumatic Stress Network (NCTSN), “Traumatic experiences can initiate strong emotions and physical reactions that can persist long after the event”.

As these survivors age, they pick up other habits or unhealthy coping mechanisms, such as emotional outbursts, trouble connecting to people, attention difficulties, nightmares, difficulties sleeping or eating, self harm, substance abuse, along with other things. After extended use of these coping mechanisms, it may be hard to abandon them, resulting in another addiction.

In a study by Micheal D. De Bellis, he researched how “animal models of learned helplessness where animals under conditions of uncontrollable shock do not learn escape behaviors, and have exaggerated fear responses as well as social isolation and poor health”. 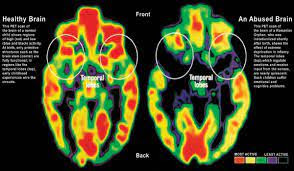 Constant trauma can rewire the brain so dopamine and serotonin can’t be produced easily and/or cause “Fight or Flight” responses to be activated faster. Another study was found that survivors of traumatic events are more likely to have long-term health issues.

Childhood trauma is a very serious and hard to help thing, and many don’t even recognize this issue, or even stigmatize it.