The Bad Batch is Back 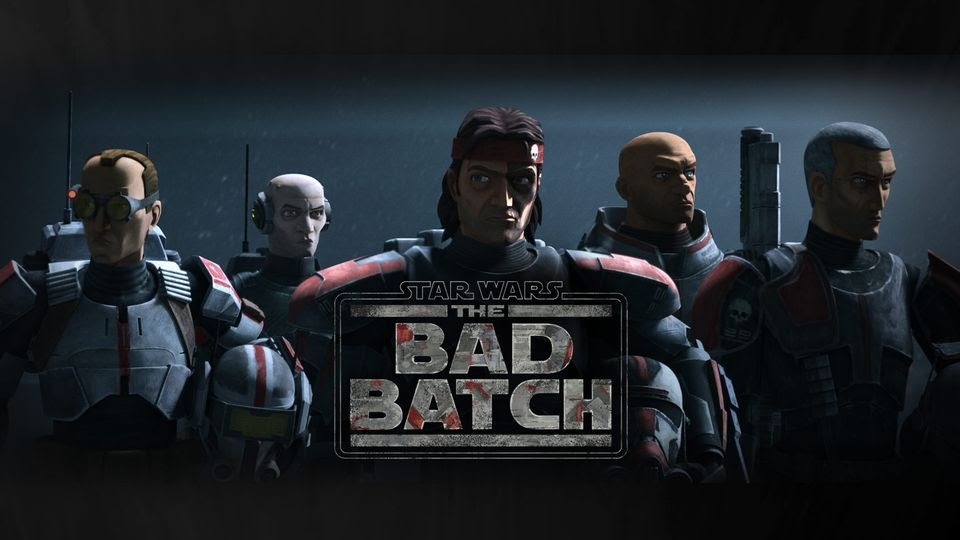 Disclaimer: This article will contain spoilers for the first two episodes of the Bad Batch.

After months of waiting the Bad Batch show has finally started streaming on Disney+. It started streaming on May the Fourth which was exactly a year after Star Wars the Clone Wars season seven came to an end. So the first two episodes have been streaming. The first episode is at 75 minutes and the second at 30. Both of the episodes are fun and enjoyable to watch if you’ve never watched Clone Wars and Rebel but if you have then there are definitely some things that were caught.

The first episode, Aftermath, was the first episode of the series. It starts with a quick recap which gives us the setting of when this takes place. It gives some animated moments of Revenge of the Sith which were a frame by frame remake of some of the scenes from the beginning. It then goes to where Depa Billaba and Captain Gray are fighting and waiting for reinforcements. Moments later Caleb Dume shows up. Now, fans who have seen Rebels were shocked to see these characters. Caleb Dume is Kanan Jarrus, one of the main characters from Star Wars Rebels. Depa Billaba was his master and she is first seen in The Phantom Menace. She is seen on the Jedi Council. Captain Gray, however, was first met in the Caleb Dume comics and was originally Commander Gray and the captain was Captain Styles.

Later in the episode they go to Kamino and while they are there we see a Jedi who is getting carried away on a stretcher and is covered by a blanket. Many people speculated that this was Jedi Master Shaak Ti as she was the Jedi that was assigned to work on Kamino. However, it’s not her. First of all the lightsaber dropped was not hers and the jedi’s hand was a purple color and Shaak Ti is orange.

There is also an assembly they attend which has the chancellor speaking and what he is saying is taken directly from the Revenge of the Sith. During this assembly too Hunter sees a young girl who is later to be revealed as Omega who can be seen in the trailer. She is the young female clone.

Later in the episode after the lunch food fight and Echo wakes up in the medical area there is a droid, AZI-345211896246498721347, who helped Echo. This just so happens to be the droid who helps ARC trooper Fives in season six of Clone Wars.

And then finally there is everything about the inhibitor chips which are first talked majorly about in Clone Wars season six during the arc with ARC trooper Fives and his discovery with the chips and trying to figure out what they do.

Episode two of the Bad Batch, Cut and Run, also has a lot of things that one who has watched the shows would be able to recognize. In this episode they go to a planet called Selucimi which is first seen in season two during the clone wars in the episode, The Deserter. And speaking of “the deserter” that is exactly who the Bad Batch is going to see. They are on a farm and, after tripping a trip wire, Cut and Suu Lawquane greet them.

These two were first introduced in the episode the Deserter when they helped Captain Rex when he was shot and he helped them fight off some droids. And with mentioning Captain Rex, Cut Lawquane mentions that they had spoken to him a day prior. Before much more can happen Cut and Suu’s children, Shaeeah and Jek, show up and ask Omega to come and play ball with them.

While they are playing Omega throws the ball past the fence and she is warned not to go and get it. She, not understanding why, goes through the fence and gets it but a Nexu starts creeping up on her. The Neku’s are first seen in the movie Attack of the Clones on Geonosis when Padme, Obi-Wan, and Anakin are getting attacked. Omega is saved and we get a chance to see how good of a father Cut is with a really tender moment.

There are going to be 16 episodes in the Bad Batch show, all of them coming out on the Fridays. We still have 14 episodes left and there is so much left that we have yet to see. The episodes only seem to be getting better from here and Dave Filoni has never let us down in the past so we can expect the show to be wonderful. May the Force be with you.