How Do We Know It's True? 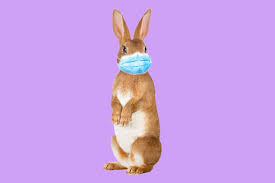 The Easter story, it is known by billions, but only truly believed by a few. The story states that Jesus Christ was crucified on the cross, yet rose from the dead only three days later. Is Christianity built on an absurd myth that a man rose from the grave, or is it actually true? Well, despite what many people know, there is actually a substantial amount of evidence that proves that indeed, a man rose from the grave just three days after the worst death in human history, the crucifixion by the Romans.

First off, the crucifixion. In the Bible, the gospels (Matthew, Mark, Luke, and John) are all written from 48-90 A.D. Although they are in the same time frame, they were written about 15 years apart from each other. Despite being written years apart, each book focuses on the same stories, specifically the death and resurrection of Christ. But don’t be fooled, the Christian point of view is not the only evidence to back up the crucifixion. Many non-Christian historians have recorded the crucifixion of Christ. Some examples:

These are just a few of non-Christian historians who recorded the death of Christ.

Of course another huge factor is that Jesus simply could not have survived the brutal beating of the Romans, also proving his death. The American Medical Association has even commented on His death, “The usual instrument was a short whip…with several single or braided leather thongs of variable lengths, in which small iron balls or sharp pieces of sheep bones were tied at intervals…the man was stripped of his clothing, and his hands were tied to an upright post… The back, buttocks, and legs were flogged…. The scourging…was intended to weaken the victim to a state just short of collapse or death…. As the Roman soldiers repeatedly struck the victim’s back with full force, the iron balls would cause deep contusions, and the leather thongs and sheep bones would cut into the skin and subcutaneous tissues. Then, as the flogging continued, the lacerations would tear into the underlying skeletal muscles and produce quivering ribbons of bleeding flesh.” If Jesus didnt die from these wounds, Christianity would not have been born, why would a worldwide religion be based on a regular man who was no better than me or you?

When it comes to the Easter story, this seems to be  the hardest part to believe: the resurrection. However, there is evidence to believe that the tomb was empty on that bright, hopeful morning. A good acronym to summarize the evidence is JET: Jerusalem, Enemy Testimony, and Testimony of Women. To begin with Jerusalem, if the body of Jesus never went missing, it would have been impossible for Christianity to expand and survive in Jerusalem. If Jesus didn’t resurrect, all His enemies would have had to only show His body which would automatically kill off the movement of Chirstianity.

Next, enemy testimony. If the enemies of Christ (such as the Pharisees) really wanted to end Christ’s influence, they could have simply said “the tomb was not empty”, but they couldn’t even say that. Instead, they simply told one another to tell the people that His disciples were guilty of stealing His body.

Lastly, testimony of women. During this time, the word of a woman was not seen with respect.  The Jewish Talmud states,  “Any evidence which a woman [gives] is not valid (to offer), also they are not valid to offer. This is equivalent to saying that one who is Rabbinically accounted a robber is qualified to give the same evidence as a woman” (Talmud, Rosh Hashanah 1.8).”  Furthermore, “Sooner let the words of the Law be burnt than delivered to women” (Talmud, Sotah 19a). The first followers of Christ to see the empty tomb were women, while the disciples hid in their homes. If Christianity was made up, why would a woman be the first to discover an empty grave? And why would men be portrayed as cowards? The gender roles back then simply do not match up with the gospel.

The disciples did not expect Jesus to be crucified and raised from the dead, they expected Him to come down and take down the Romans. They expected Him to reign on earth and deliver the kingdom of God to Israel.  This was a huge embarrassment to their faith! The high priest abandoned their faith because of this, they became doubters and skeptics. Out of all people, the women were the ones to bring the news of the empty tomb. The disciples (except for John) were all killed for their faith. I don’t know about you, but it would be extremely hard for me to die for something that wasn’t even true.

In conclusion, the resurrection of Christ does have historical evidence to back it up. We could go far more into detail about many things, but we just simply do not have the time today. But I do encourage you to explore this information yourself.